GoalMaster is not an automatic workflow solution for your team performance management, as all the data created by the users are stored on the devices of the users, there is no a server provided by us to coordinate the goal data sync. However, GoalMaster offers the possibility to a small to manage team performance with very cheap cost.

Prepare an empty goal document, config the document by inputting the master data, and share to other team members. All you project members use the goal document with the same master data, to help them input goal data correctly, and the leader does not need extra work to adjust the goals after merged goals. 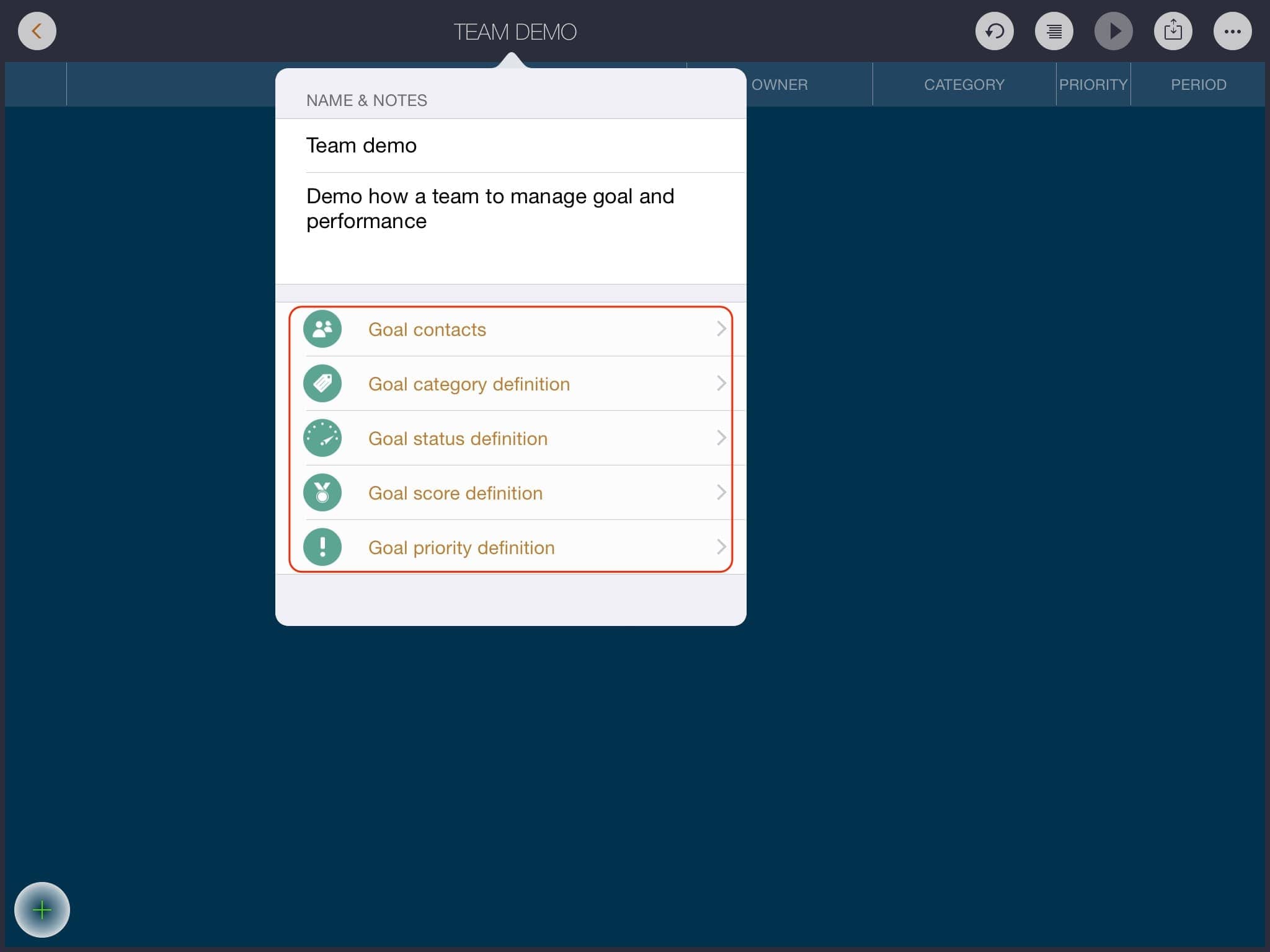 For example, Linda prepares below her goals. 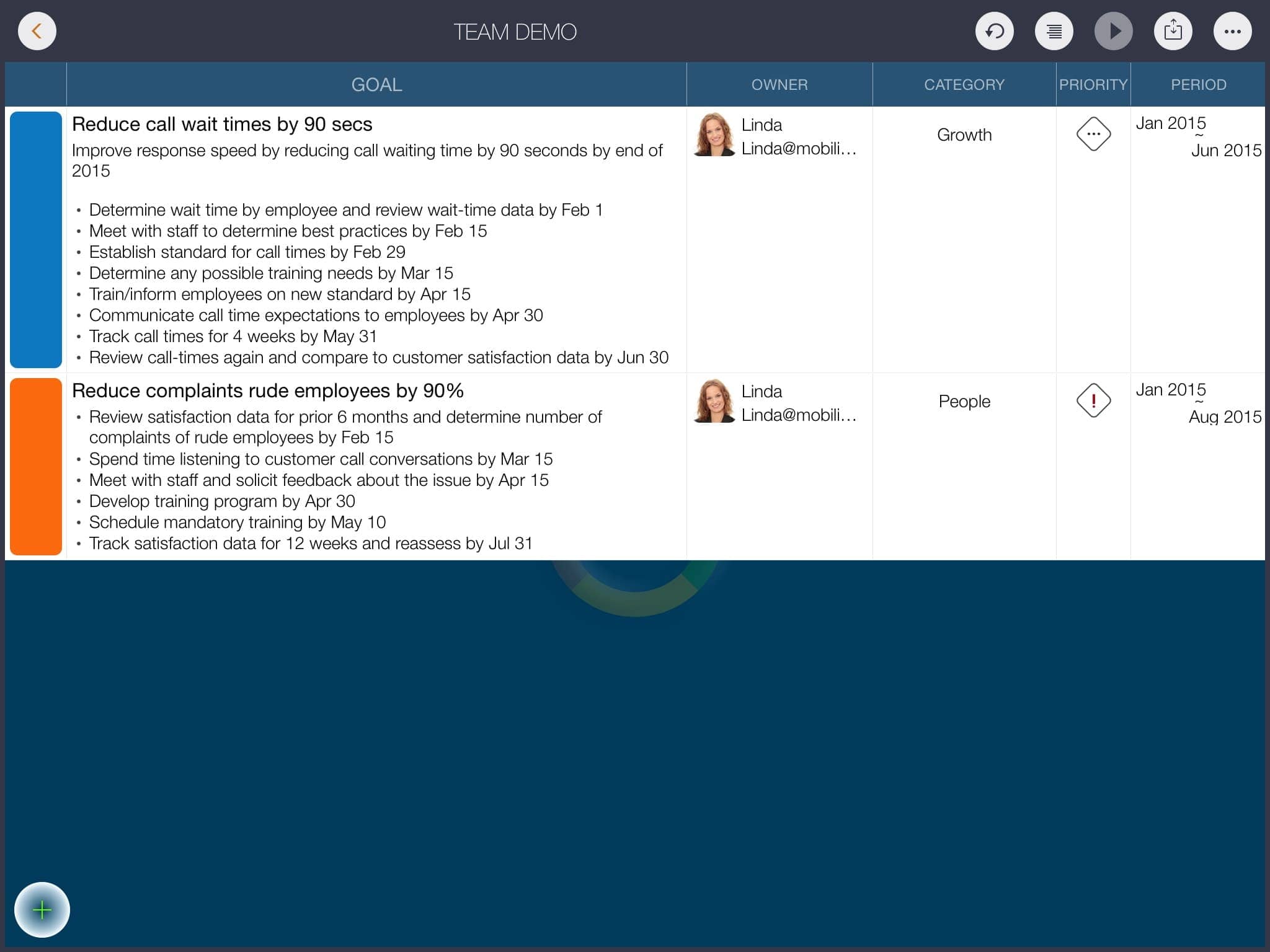 Team leader does the assessment.